Overview of the Life of David 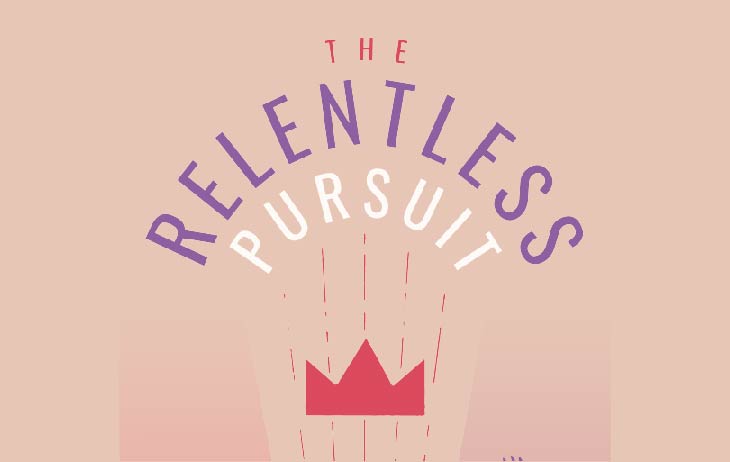 David is one of the most important figures of world history, the subject of vast numbers of paintings, sculptures, writings, and poems. The story of his life is a captivating story – it’s a story of greatness and faithfulness, yet also a story of weakness and failure. He is also one of the most significant people in the Bible. His reign shaped the nation of Israel, and God promised that from his descendants would come the Messiah, the one who would rule eternally. The life story of David takes up the majority of the books of 1 & 2 Samuel.

1 & 2 Samuel are part of the much larger ‘scroll’ of 1 Samuel to 2 Kings, which were called ‘the 4 books of the kingdom’ or ‘The book of the kings’. These 4 books record the step-by-step establishment of a monarchy in Israel’s relatively new land (they have been in Canaan for 200 years by the time of Samuel) and cover the 4 centuries, up until the collapse of Judah and destruction of Jerusalem in 587 BC.

Israel is in a leadership crisis! But what kind of leader do Israel need? The people demand a shift from a ‘theocracy’ to a ‘monarchy’ (A theocracy is when God, by His Spirit, designated human leaders as and when needed; a monarchy is a succession to the throne already designated from among the king’s sons).

Israel desired a monarchy because they wanted to be like other nations. They thought it would enable them to defeat aggressive neighbours (1 Sam 8:4-8; 1 Sam 12:12, 17, 19)

The enemies at that time

There were no great world powers seeking to dominate the Near East at that time. Israel’s battles were against their neighbours, the mighty Philistines. The Philistines had migrated from the Aegean area in mid 12th century BC and settled in the southwest coastal strip of Canaan. They inhabited 5 city states (Ashdod, Ashkelon, Ekron, Gaza, Gath (see Josh 13:3). (Note: the name Palestine was derived from Philistine). They mastered ironwork technology and created weapons to wage war on Israel. It was the persistent aggression of the Philistines that led Israel to repeatedly ask for a king. Throughout Saul’s reign and the early part of David’s reign, the Philistines were a thorn in Israel’s side. Both Saul and Jonathan died at their hands. It’s interesting that the Philistines recognized David’s kingship early in the story (1 Sam 21:11).

These books are written as historical narratives. They are not written like a diary (as the events take place), but rather as a history book (written at a time when the author knows the ‘ending’). It’s a very well written story, broken into story units, with purposely selected material, often restrained, sometimes repetitive. Two songs act as bookends; Hannah’s song in 1 Sam 2 and David’s song in 2 Sam 22. Note that the pace of the book is much slower than previous books (in Judges, whole generations are summarized in a single verse!). We’re supposed to read in a way that we ‘enjoy’ the characters – see their hurts and ambitions, spiritual aspirations, moral failures.

The books are carefully structured around 3 main characters, namely Samuel, Saul and David; all God’s appointed leaders. It’s really a story of the success and failures of 3 leaders, with the bulk of the narrative focusing on David.

The Life of David

David was a great-grandson of Ruth, and the youngest of eight sons of Jesse, from the tribe of Judah, in the town of Bethlehem. He was appointed to keep the family sheep and developed great skill in music and fighting (it was his custom to kill any lion or bear that disturbed the flock – 1 Sam 17).

When Samuel, the great judge and prophet of Israel, arrived in Bethlehem to offer a sacrifice, he reviewed all of Jesse’s sons, then called for David, who was anointed as a future king of Israel in the presence of his family. The Spirit of the Lord came powerfully upon David (1 Sam 16). However, Saul was king of Israel at that time, but he was rejected by God because of his disobedience. The Spirit of the Lord departed Saul and he began to experience spiritual oppression.  The court followers recommended a musician, so David became the musician for the tormented king, and quickly became the king’s armor-bearer.

Eventually David ended up near the battlefield between the Israelites and the Philistines. When he heard Goliath, a Philistine warrior, insult the God of Israel, David stepped in to fight, in the name of the LORD Almighty. The LORD defeated Goliath through David, and David was quickly hailed a hero! (1 Sam 17)

David’s popularity did not sit well with Saul. Even though Saul appointed him as a commander of the army, the king became jealous and eventually tried to murder David with his javelin. Saul’s son Jonathan, however, befriended David, and David married Saul’s daughter Michal as the king continued to make plots on his life. Even as he continued to wage a successful war against the Philistines, David’s life was rescued by both Jonathan and Michal (1 Sam 18-19).

Finally, David fled the court, heading first to Nob (1 Sam 21) and then southwest to the land of the Philistines. He visited the kingdom of Moab in the southeast, leaving his parents in the protection of that king, and then dwelt in the arid southern deserts of Judah. Many times, Saul pursued him with armed men, but David continued to escape, even sparing Saul’s life when he had the opportunity to kill him (1 Sam 22-26).

David cultivated a friendship with Achish, the Philistine king of Gath. Achish made him the ruler of the city of Ziklag, and from this base, David continued to make raids against the enemies of Israel (1 Sam 27). Eventually, the Philistines prepared to make war against Saul. While David was away from Ziklag, a group of Amalekite warriors destroyed the village and captured the possessions and family members of David and his own followers. David responded by pursuing them into the desert, defeating them, and bringing back all the spoils of war (1 Sam 28-30). Even as David was fighting to recover Ziklag, Saul and the Israelites were defeated in a stunning loss at the Battle of Mount Gilboa. Both Saul and Jonathan were killed, and David mourned when he heard the news. (1 Sam 31, 2 Sam 1)

The leaders of the southern Israelite tribe of Judah responded by anointing David as their king; he became king of Judah at the age of 30 and reigned for seven years and six months. Yet it was not a time of peace. To the north, the remaining Israelite tribes selected Ishbosheth, Saul’s son, as their king. A civil war broke out between the northern Kingdom of Israel and the southern Kingdom of Judah. This continued until two men, Rechab and Baanah, assassinated Ishbosheth on his bed. When they brought his head to David, expecting gifts, David accused them of murder and had them executed. (2 Sam 2-4)

David was anointed king over a united kingdom of the 12 tribes, where he would reign for 33 years (2 Sam 5). He conquered the city of Jerusalem from the non-Hebrew Jebusites, renaming it as the City of David. He rebuilt this city (also known as ‘Zion’), and established a diplomatic relationship with Hiram, king of the city of Tyre in the north. David continued the war against the Philistines, and he brought the Ark of God into the City of David. (2 Sam 6)

David intended to build a temple of God in Jerusalem. However, the prophet Nathan recounted God’s Word to David: that David should not build a temple. Instead, God would himself bless David, providing him with a descendant whose throne would remain forever. (2 Sam 7). After this, David continued to enjoy triumphs over neighbouring nations, including Moab, Syria, and Edom. (2 Sam 8). When he found a grandson of Saul – Mephibosheth – he showed kindness to the man. (2 Sam 9)

David’s greatest years came to a sudden end when he fell into a scandal. While his army was away, David was relaxing at the palace. He happened to look out over the city of Jerusalem and saw a beautiful woman (Bathsheba) bathing. He brought her into the palace and committed adultery with her. In an attempt to cover his sin, he eventually murdered her husband Uriah, one of his most trusted military leaders, and married the now-widowed Bathsheba. Nathan the prophet reappeared, condemning David for his sin. Suddenly filled with remorse, David repented with grief, crying out to God for mercy. Meanwhile, his child with Bathsheba died. Later, David had another child with Bathsheba, a child whom he named Solomon – the next king of Israel. (2 Sam 11-12)

The consequences of David’s sin would continue throughout the rest of his reign. A military victory over the Ammonites was soon forgotten when his son Amnon committed incestual rape against his daughter Tamar. Tamar’s brother, Absalom, determined to take justice into his own hands, and he responded by killing Amnon. Later, Absalom revolted against his own father. David and his trusted followers fled the capital, while Absalom moved into the royal palace and the royal harem. Civil war broke out in Israel, leading to the defeat and death of Absalom. David was grieved to lose a son, but the turmoil was not over; another conspirator, Sheba, later made war with David. Sheba also ended up dead. (2 Sam 13-20).

A three-year famine then weakened the Israelite economy. After this, David made a successful war against the Philistines, but he sinned against God again when he determined to take a military census of the Israelite nation – an action strictly forbidden by God. The divine judgment was an outbreak of disease, killing tens of thousands of Hebrews. David repented, and the outbreak subsided. (2 Sam 21-24)

In his last years, David married Abishag, a beautiful young Hebrew maiden. Adonijah, another of his sons, then tried to seize the throne, but David – though decrepit from age – intervened, ending the conspiracy and selecting Solomon as his successor. After giving words of wisdom and advice to his son Solomon, David died at the age of 70 and was buried in Jerusalem, the City of David. (1 Kings 1-2)

Despite his many flaws & failures, David was known as ‘a man after God’s own heart’. He was chosen by God to lead God’s people, and his kingship became the standard by which every other Judean king would be measured. The prophecy of a king whose throne would endure forever fuelled Messianic hopes among the Jews – hopes which were finally fulfilled in the coming of Jesus, the physical descendant and promised ‘Son of David.’ (Matthew 1:1)

Get updates and learn from the best

Why I Believe… by Betsy Rodgers 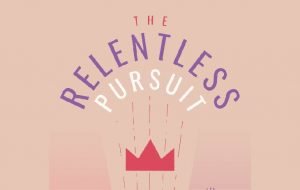 Overview of the Life of David

1 & 2 Samuel David is one of the most important figures of world history, the subject of vast numbers of paintings, sculptures, writings, and